Relating to the sculpture and stone elements present in the Diocesan Museum of Santa Severina, you have the option of running into different historical periods and in various artistic techniques. The fragments found, thanks to the excavations carried out inside the Baptistery, the Cathedral, the Archbishop’s Palace itself, are pieces related to the period of the late Middle Ages in Calabria. Pivotal moment of the mx of the Byzantine and Norman cultures are exactly from the twelfth to the fourteenth centuries, which saw the important transition from the Greek-Byzantine rite to the Latin rite.

The tracery, the head of the saint, the various capitals, and the lions are all elements that belong to the first construction of the most influential buildings of the religious sphere of Santa Severina. These were part of larger furniture, but probably undergoing the change towards new forms of art were reused, other set aside. One may think, however, of a possible school on the territory of stonemasons who acted within a context that included the influence of the Byzantine style with the new plasticity of the Norman culture.

Between the sixteenth and nineteenth centuries, the sculptors who worked in the Diocese of Santa Severina chose to use in most of their works, wood. The wooden sculpture preserved in the Museum is strongly characterized by the Neapolitan movement, the main center for the training of art workshops in southern Italy. The presence is confirmed by St. Joseph with Child attributed to the brothers Patalano and St. Michael the Archangel by Bernardo Valentini, a student of Giacomo Colombo, both of sublime elegance both in form and in the choice of colour tones.

Extremely important was the role played by Rogliano and Serra San Bruno, schools that have produced numerous works within Calabria and beyond. A finely inlaid tabernacle with a rich decoration with twisted racemes enriched with leaves and clusters, and another St. Michael Archangel signed and dated by Vincenzo Zaffiro best represent the attachment of these two Calabrian workshops that certainly have had their own noteworthy modus operandi.

We note furthermore that there are three other wooden works of the eighteenth century, by unknown southern sculptors: an Immaculate Conception, a San Francesco di Paola and St. Agnes probably connected to this group of Calabrian masters, but always influenced by the Neapolitan school and the papier maché artists of Lecce. 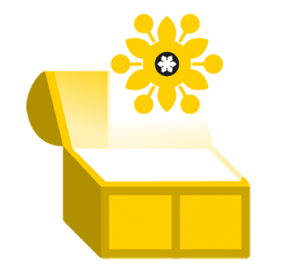