The Church of S. Teodoro Martire was built at an unspecified time in the nineteenth century following the progressive abandonment of the ancient village of Acherentia, now known as Cerenzia Vecchia. Acherentia has been a suffragan of the metropolis of Santa Severina since the middle of the 9th century and will keep the Greek language and rite for a long time.

The church was very important during the Norman-Swabian period: its decline began from the Angevin period onwards, due to the violent quarrels that saw bishops and feudal lords opposing and due to the various plague epidemics. Furthermore, after the Council of Trent, the bishops, forced to reside, will privilege Cariati and its cathedral and this will be a further cause of abandonment of the ancient village. 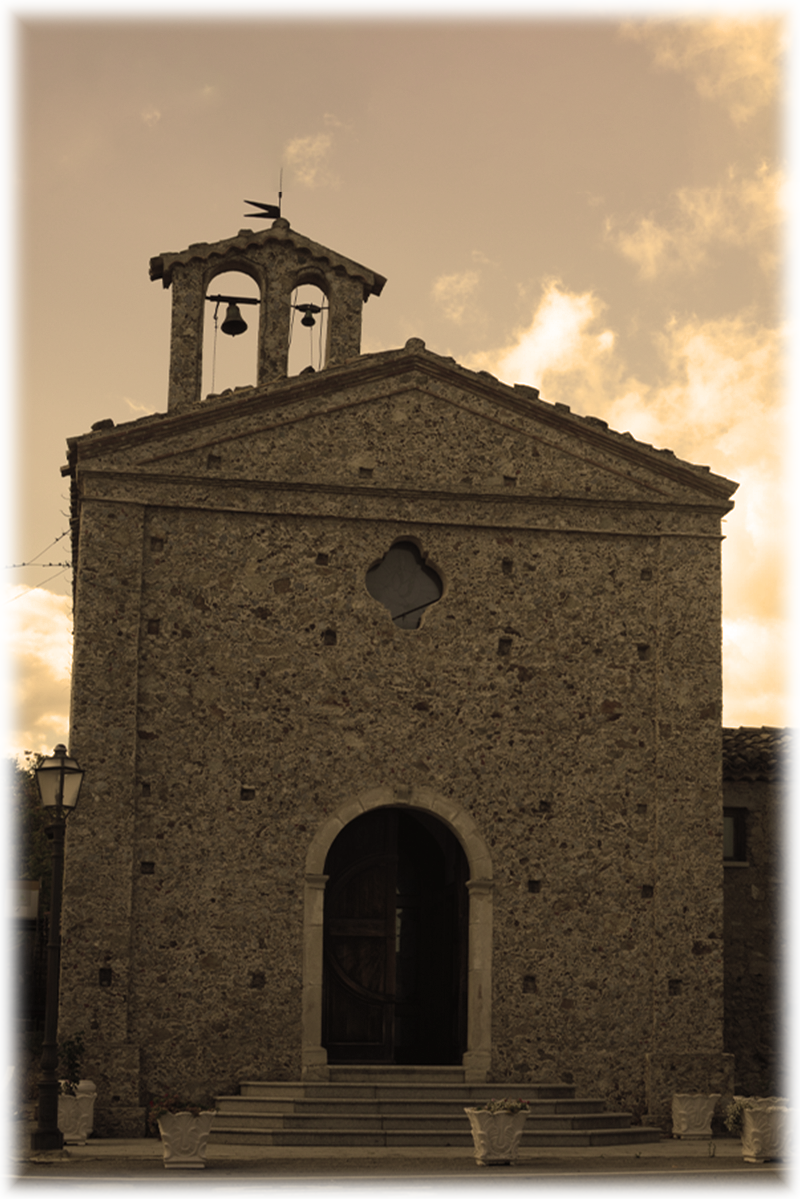 In the following centuries, despite the attempts of some prelates, the situation did not improve and the population gradually moved towards what is now known as the “Paparotto” locality, with a healthier climate and characterized by greater stability of the soil that allowed to erect housing.

The cathedral church was demoted to a distinguished collegiate church in 1818.

The new building has undergone various interventions and restorations throughout the 20th century. It is characterized by a granite staircase that leads to the access portal. To the left of the portal, once you enter, you can admire a stone stoup from Cerenzia Vecchia.

The interior is rectangular, marked by a succession of pillars; on the left side the recesses created by the pillars house three bronze bells, coming from Acherentia and a recently restored eighteenth-century wooden crucifix.

On the right in the first recess there is an old baptismal font, in the second there is a small chapel of the Pugliese family; at the bottom of this chapel there is an ancient marble tabernacle, also from Acherentia.

The roof is wooden, of the gable type, restored in the 90s.

At the center of the back wall there is a niche in which the wooden bust of San Teodoro is inserted, on which we read “FATTA 1786” (Made in 1786).

Two other statues depicting St. Francis of Paola and St. Anthony of Padua date back to the late 1800s.

The church was very important during the Norman-Swabian period: its decline began from the Angevin period onwards, due to the violent quarrels that saw bishops and feudal lords opposing and due to the various plague epidemics.
Go to Treasures
Back to map
Scroll to top